(warning, this post requires a basic understanding of the works of Winnie the Pooh)

At the request of my mother, who basically said she could see cows, vineyards and wine at home, I am focusing on the wild life I have observed while abroad. There is no better way to share our trip to Kangaroo Island, Cleland Wildlife Park, and the urban jungle of Adelaide, than relating it to a childhood friend. Winnie the Pooh and his stories were a daily part of my life as a little girl. My brother John did not only have Pooh in eye-sight at all times, but our grandmother made sure that Pooh had special clothing, just like our dolls. He went on all our daily adventures and was the chief operator of the Tonka dump truck. Today marks my brother’s 45th trip around the sun, dollar to doughnuts; he still has Pooh wearing a custom pair of bib overalls within eyeshot.

Deep in the hundred acre wood where Christopher Robin plays
You’ll find the enchanted neighborhood of Christopher’s childhood days
A donkey named Eeyore is his friend and Kanga and little Roo
There’s Rabbit and Piglet and there’s Owl, but most of all Winnie the Pooh

Deep in South Australia we have discovered many enchanted neighborhoods. Kangaroo Island (KI) is Australia’s third largest island and features many nature reserves to protect the remnants of its natural vegetation and native animals. The largest and best-known being Flinders Chase National Park at the western end, where we actually relived the days of summer camp on an overnight adventure on a working potato farm.

I can honestly say that wildlife in South Australia resembles nothing of California, let alone San Luis Obispo County. KI lived up to its name and gave us our first sighting of Kanga, Roo, and their entire family tree. The first time one hops past you, it is an emotional moment that you can’t help but cheer “I saw a Kangaroo”. By the time you have seen your 100th they loose their glamor. They are not popular amongst the wheat and cattle ranchers. Kangaroos can best be described, due to their crop damage and large populations, as nothing more than squirrels. They are hugely over populated, primarily due to the fact that they have no known predator. The come in all sizes and shades of grey and brown. What fascinated me the most were their legs. They are set in a perfect 90-degree angle. I also ate Kangaroo for the first time this week, but I digress.

While on KI we took in a bird show at Raptor Domain. And Pooh’s old pal Owl was visible in the likes of the most beautiful and noblest birds. For the record, I don’t know if it is that I really don’t pay attention at home, but there are birds everywhere in SA. And they come in all colors, shapes and sizes. They can be a little noisy, but how often do you see wild parrots just hanging out in your corner park?

Our final stop before boarding the ferry was Clifford’s Honey Farm. From the honey ice cream to the tastings of fresh, pure Ligurian honey, it was a dream come true for any pooh bear. I purchased some honey that was packaged, of course, in a plastic koala bear bottle. If Winnie the Pooh walked into this store he would never fit back through rabbits doorway.

And that brings me to the long eared creatures. They really don’t have rabbits in SA and they truly don’t want any showing up on KI. The ferryboat forbid the following items, foxes, rabbits, potatoes and honey to be brought onto the island, (because who doesn’t travel with a fox all the time?) Furthermore when we visited the Haigh’s Chocolate Factory they were making Easter treats. In South Australia the bilby is the critter that comes in chocolate form. No biting off the Easter Bunny’s chocolate ears, these little creatures are more guinea pig like in appearance, with a rat nose.

Pooh’s best pal piglet can best be found in the likes of Truffles, Oliver, Augusta and Horatio. Officially known as ‘A Day Out’, these life size bronze hogs are depicted in lively poses just as they were strolling the streets and greeting shoppers. They are my favorite part of Rundle Mall and make me smile.

If one is in search of bouncing cats, SA will leave you disappointed. There are no large cats, only feral felines that roam wild and cause their own set of issues. I have a few amazing feral cat stories, but will hold off as not to offend my cat loving friends. However hope is not lost, I have seen Tiger and he is alive and well and living in the body of one of the Wine and Vit students. Kevin is tall and thin and basically bounces from location to location. I have had to use my mom voice on him more than once and say “We don’t have time to go to the emergency room today.” He lack of fear is only out done by his zest for life.

Sadly, the only Pooh pal I haven’t ran across is Eeyore. I have not spotted a horse, donkey or a person with a gloomy out look on loosing their tail. However, there are still many creatures that our unique to SA. We have been lucky to see a wombat, echidna, dingos just to name a few.

And then finally our friend Winnie the Pooh, well if you don’t think Koalas are the most precious thing in the world, phooey on you. From seeing them in the wild with their babies to actually getting to hold one, they truly represent why Australia’s wildlife is vastly different than America. They sit in eucalyptus trees all-day, chewing on leaves or napping, they just are willy nilly silly old bears.

Obviously there are no Heffalump or Woozleis here in Australia; they can only be seen in Winnie the Pooh’s dreams. But some of the critters we have run across are very confuzle.

Special thanks to my lovely daughter Kayla for allowing me her camera for my Down Under Adventures. Also if you roll your mouse of the photos below you can read the captions.  Enjoy 🙂

A trailer load of sheep headed from KI, just for you mom as you don’t have any of these to see at home 🙂 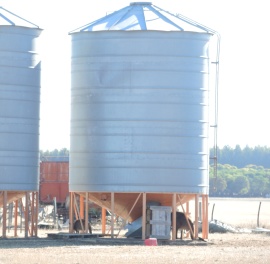 We thought for sure this male would scatter. 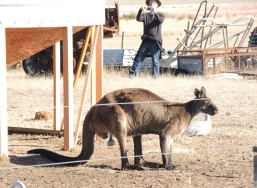 Kangaroo in the wild.

Instead he layed down and allow his photo to be taken.

Jynel and I meeting Kanga & Roo at Cleland Wifldlife Park 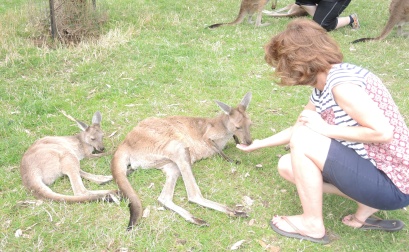 Honey farm, yummy for your tummy. 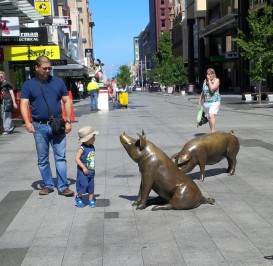 I just adore these pigs! 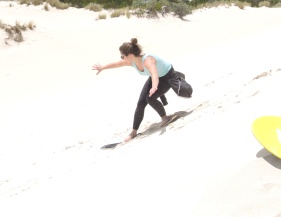 Another proper attempt down the hill

Tiger head first with no board, need I explain more?

Tasmanian Devil, he ran in a circle FOREVER 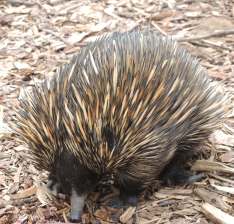 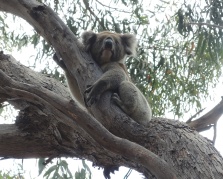 Koala in wild spotted on KI

Koala and baby on KI 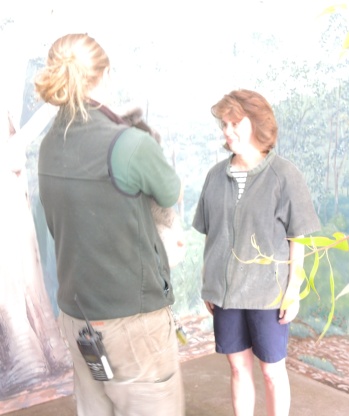 Then Bella climbs aboard

and my moment with Bella